You are here: Home / CONCRETE-HONEYCOMB

In the future, construction will have to be lighter, faster, cheaper, more sustainable and more environmentally friendly. Good alternatives to common solid construction are lightweight composite materials. These consist of a honeycomb structure with an upper and lower linerboard. The honeycomb takes up at least 75% of the volume and so represents by far the largest portion of the composite.

ECOCELL has developed a procedure for the industrial manufacture of honeycombs from corrugated cardboard. The entire honeycomb structure, made from 100% recycled paper, is covered with a mineral coating in a process covered by a global patent.

As 90% of CONCRETE-HONEYCOMB is air and with raw material cost of under $50 per m3,  by large-scale industrial production, it will become the cheapest construction material all over the world.

The CONCRETE-HONEYCOMB is also the first non petroleum based insulation material and the first insulating material that can be statically applied in its composite form. 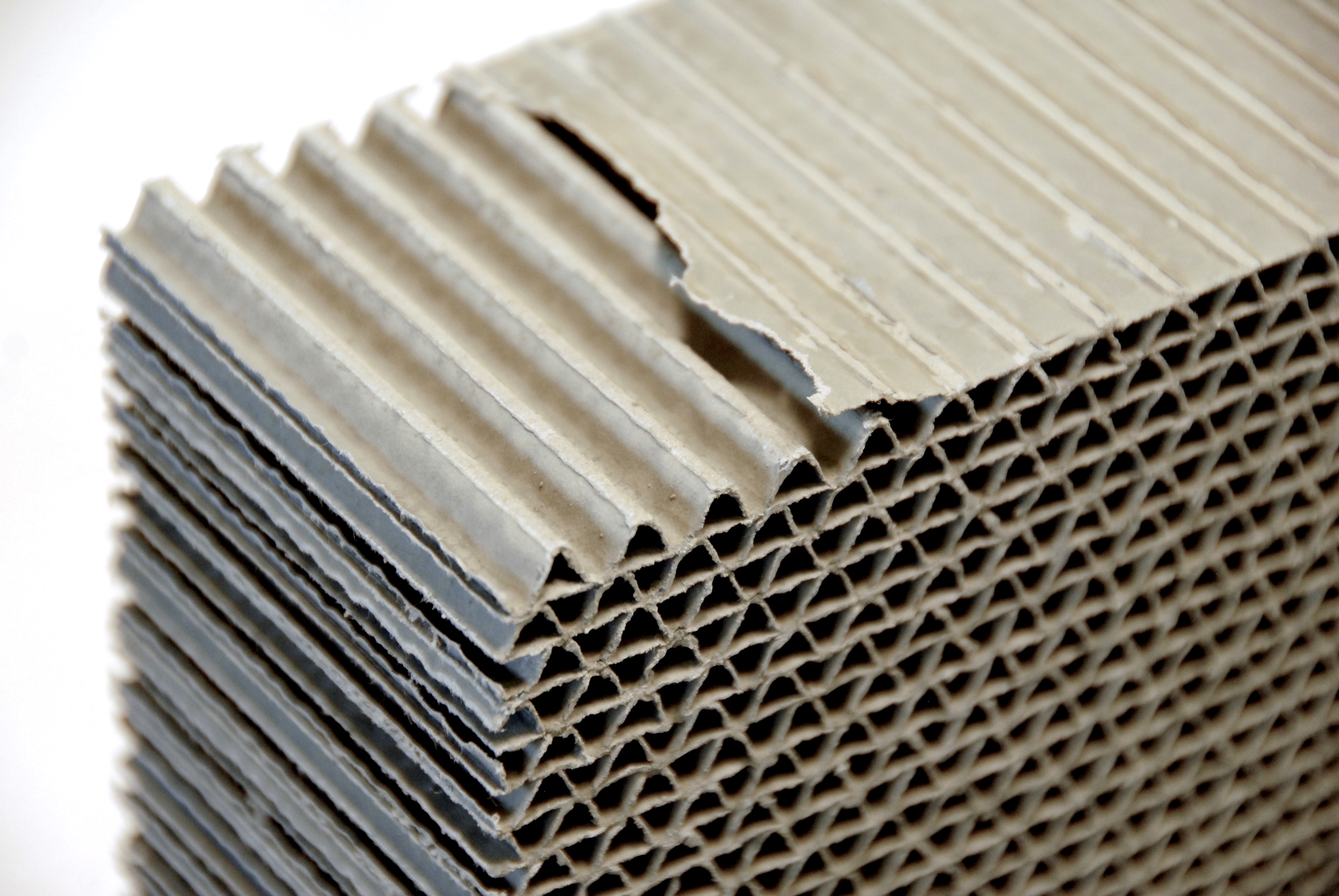 ECOCELL has three different patented processes to transform corrugated cardboard into the raw honeycombs. The honeycomb structure, made of 100% recycled paper, consists of  90% air, and for the industrial production it must be directly behinde the corrugated cardboard plant to avoid unnecessary costs and pollution from transport. Preferably this should occur right on the factories’ premises, otherwise very near them.

The CONCRETE-HONEYCOMB can also be delivered to board producers or sellers as a semi-finished product, or it can be further processed at the same site into ECOCELL HONEYCOMB-CONSTRUCTION-BOARDS for the ECOCELL FAST CONSTRUCTION SYSTEM. The logistics should therefore preferably be organised from the production site. Sales could perhaps be conducted through an online supplier.

ECOCELL is based on the conviction that

will replace traditional materials in construction as they already did in the automotive and aerospace industries. The most important elements of composite systems are the two linerboards and the

Since the honeycombs make up by far the greatest part of the volume of the composite, ECOCELL has set itself the target of developing a honeycomb structure that can be produced as cheaply and quickly as possible, preferably from recycled material.

Based on this, and with this target in mind, ECOCELL developed an industrial procedure for the manufacture of the honeycombs in which the structure consists of 100% recycled paper and some how it gets “fossilized” to make it fire-retardant through a mineral coating. The result was the first insulating material that can be statically loaded in its composite form, the

Since the core of the composite system is also ECOCELL’s core product, ECOCELL wants to demonstrate all the possible applications of the CONCRETE-HONEYCOMB. ECOCELL therefore sees itself as a developer of new composite materials and new, innovative building systems that can be produced based on and using the ECOCELL CONCRETE-HONEYCOMB.

The ECOCELL CONCRETE-HONEYCOMB in its composite form is the first

INSULATION THAT CAN BE STATICALLY LOADED

and does not just consist of

but also completely of