With ECO Solar houses, as much as possible of the building’s outer shell is covered by solar panels. This results in significantly more electricity being generated than is needed by the inhabitants of the ECO Solar houses.

For the PV systems covering the roof surface, in-roof systems with the highest possible rating are selected. Two semi-detached homes (based on the ECO Solar houses in Uttwil TG) with a roof surface of 135 m2 generate some 21 kWp of electricity.

The entire outer shell of a semi-detached building thus generates around 43 kWp. 6 kWp (6,000 kWh per year) is assumed as the energy need for a residential unit (3-4 person household). This means 33 kWp of excess energy is produced, more than 4 times the calculated need. The excess energy can be used to charge electric vehicles or can be fed into the grid. 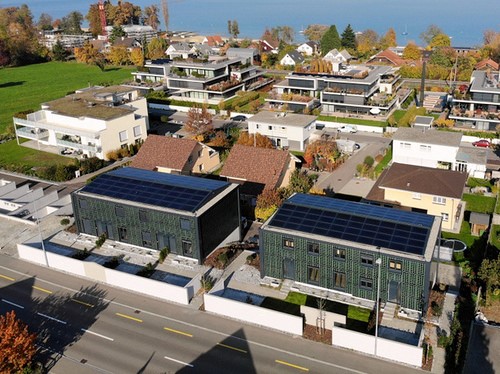 Ensuring day and night requirements via a battery system

Because the solar cells generate the energy during the day but it is mostly needed at night, and since as high a share of the solar energy as possible should be used by the house, storage systems need to be installed. Battery systems are the best solution. In order to store as high a share of the daily energy requirements as possible, the capacity of the batteries, if possible, is adapted to the entire daily energy needs. 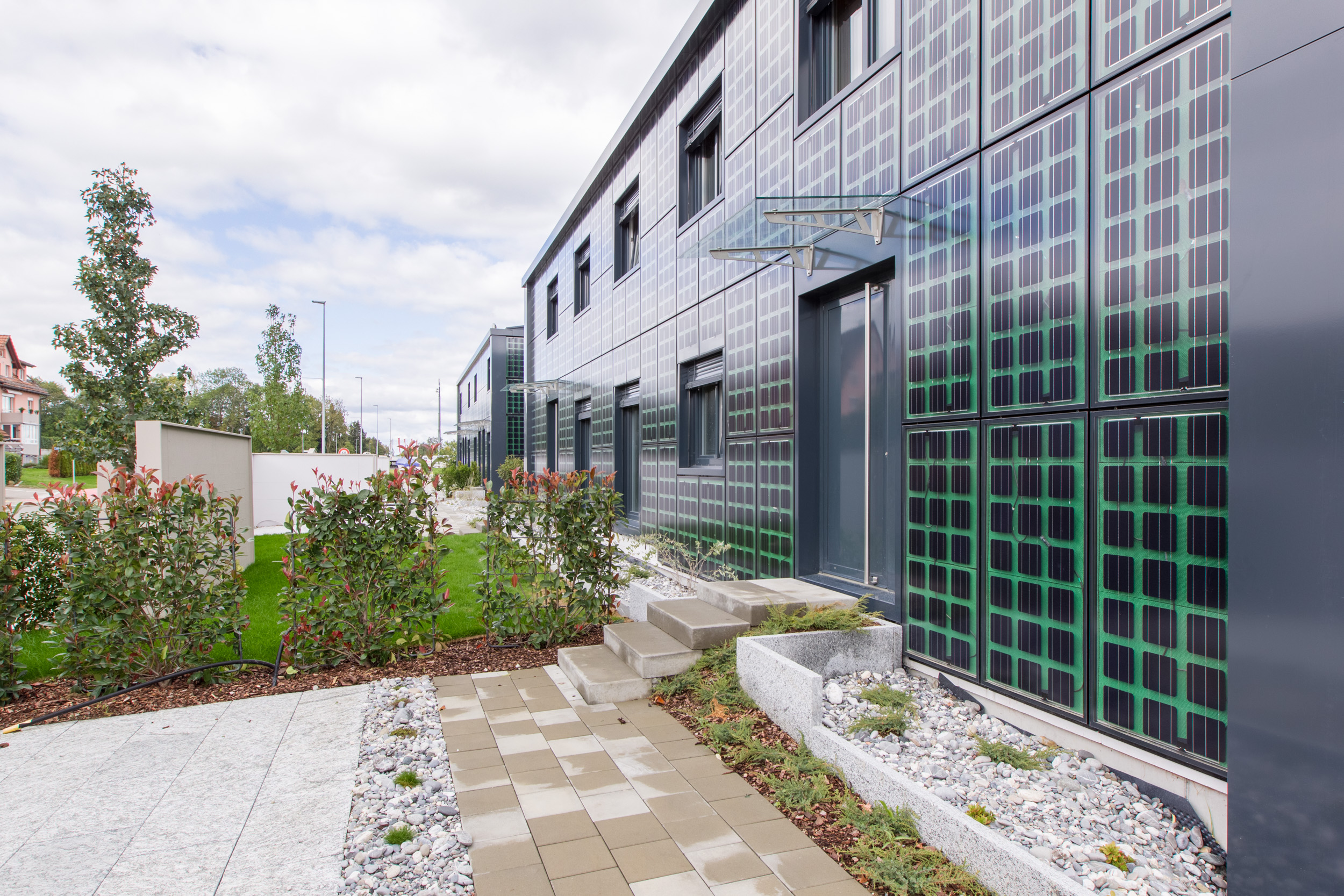 On average, an electric car spends 23 hours of the day just sitting there, and it can be used as an additional temporary energy store. The energy stored in the vehicle can be returned to the house when energy needs increase.